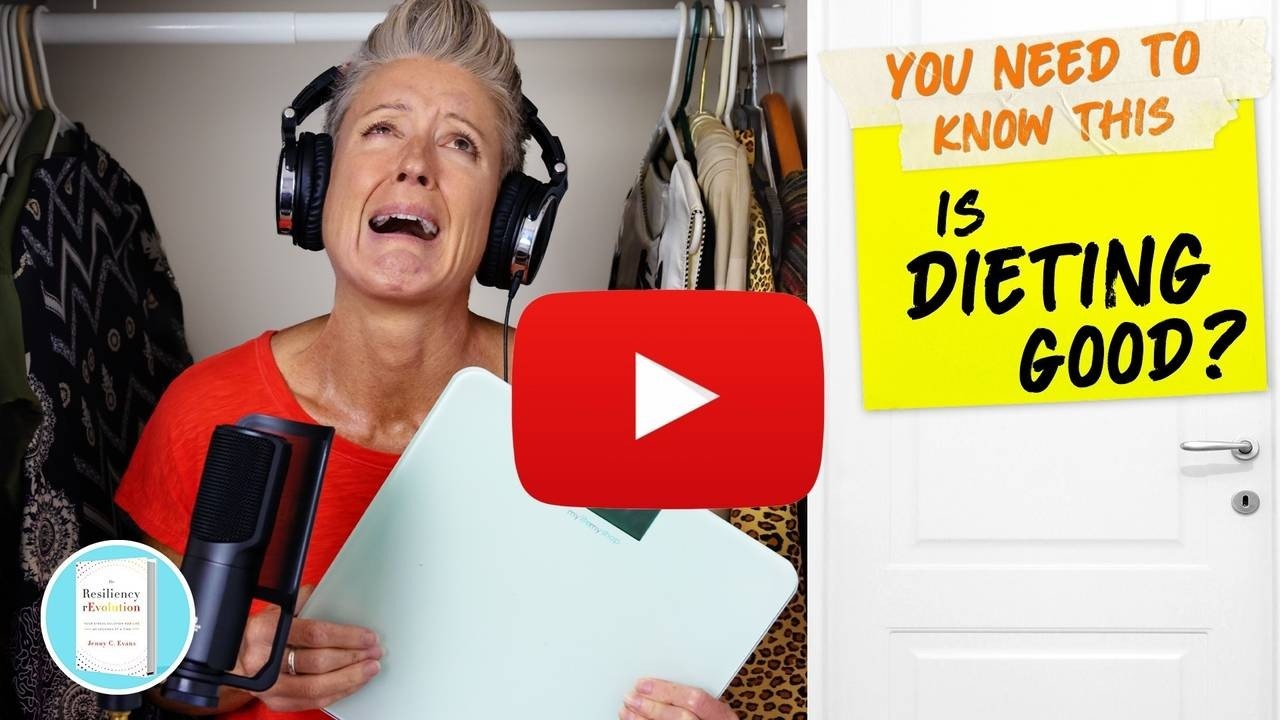 One thing that's for certain is that dieting is STRESSFUL...both mentally as well as physically. And this stress creates chemical changes that make it HARDER for your body to lose fat.

Watch and learn why traditional "diets" are set up to make you fail.

✴️ Subscribe for more tips to boost your resilience.

Here's a tidbit from The Resiliency rEvolution as to why traditional "diets" are set up to make you fail.

Next time you consider going on a diet, stop and think: what would a caveman do? Could you ever imagine Sneaky Pete going completely against his biological drive for survival by purposefully eating less food when it was available?

Having a crazy sweet tooth helped us survive when food was scarce, and having extra body fat was an important life insurance policy. They were both needed for our ancestors to function well and endure their harsh environments. Those who were more driven to eat and those who stored fat had a better chance at survival. And as you know, caveman brain is still very impulsive, not to mention obsessed with seeking comfort and pleasure. It’s the part of the brain that screams at us: Eat that! Drink that! Smoke that! It wants what it wants, when it wants it, and it doesn’t care much about the future consequences.

We are not hardwired to eat less.

Dieting couldn’t be more opposite to how we’re designed to function, which makes it physiologically as well as psychologically stressful. Even worse, dieting is one of the best ways to gain weight, not lose it. Research shows that people who diet end up gaining more weight over time than people who never do. [30] Here’s the cycle showing why:

If you want to learn more cool, helpful things around resiliency, performance and health the audio version of my book is now available! Order it from the link below.