To Eat or Not to Eat, Before Your Workout 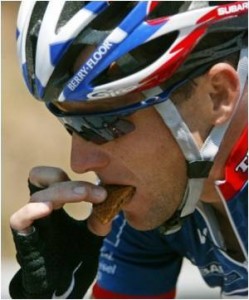 fat you should workout in the morning on an empty stomach.  If you've been following my blog or read any of my articles, you know that I advocate NEVER working out without glucose in the system.  So what should you believe?

A brilliant colleague of mine, Dr. Heidi Hanna (whom I very much respect) published an article on her blog about why this article is misleading, and I wanted to share it with you:

"This has always been a controversial topic, so I've done quite a bit of research on it. That said, I continue to find that there is a great deal we still don't know for sure.  The advice to exercise on an empty stomach is not new, but this is the first study like this that I've seen.  The concept that the body would burn more fat in a fasting stage makes sense as it doesn't have the preferred method of fuel, carbohydrate.  What is often missed in studies like this is a "real world" comparison, of what actually happens outside the lab.  That said, here are my concerns, which are not addressed in this study:

1) Performance will suffer - as the article mentions, athletes eat a carb rich diet (including before and after activity) to fuel their performance.  If you are not adequately fueled your intensity and endurance is compromised, and therefore you will most likely burn less over all calories in the same workout.

2) You will also compromise lean muscle tissue - as all of our sports nutrition texts remind us, when we are void of carbohydrate for fuel we may utilize lean muscle for fuel.  It's great to know we're burning fat, but burning muscle is not a good idea for many reasons, one of which is slowing metabolism and making you require less calories throughout the day.

3) It states that the participants were fed "hefty, carbohydrate-rich breakfast before exercising and continued to ingest carbohydrates, in the form of something like a sports drink, throughout their workouts." It's no wonder that they didn't lose fat, and it's also no wonder that they had issues with insulin...a hefty meal takes it's toll no matter when you eat it, and continual glucose consumption doesn't give the body time to process what it's already consumed. This is very different than what we're recommending with the small snack to remind the body that there is no food shortage and to optimize performance in the workout session.

4) The researchers were controlling for factors that people in the real world don't control for such as the rebound effect.  Going in to a workout in a fasted state puts the body in to a survival mode where it wants to make up for lost energy.  Typically people will have an increased appetite later in the day, during times when they are less active and when their willpower "muscle" is fatigued, causing them to overeat and overcompensate. I understand that our initial focus is often to maximize fat loss during exercise, but it’s important to keep in mind that it's not necessarily what you burn during that workout but what you lose over the course of the day.  If you burn fat during exercise, slow metabolism and eat more later in the day, you end up fatter at the end of the day (ok, that's a bit extreme but you see what I mean).  Because of that, my recommendation would still be to have a small snack prior to exercise and then a balanced meal within an hour of working out.  Even more critical is what you do the rest of the day...eating light and often, keeping glucose steady and energy levels fully fueled."

Stay connected with news and updates!

Join our mailing list to receive the latest news and updates from our team.Don't worry, your information will not be shared.

14 Proven (And Simple) Ways To Improve Your Sleep

Are you having a hard time GETTING to sleep or STAYING asleep? Or god forbid...BOTH?

Sign up to get receive our latest articles straight to your inbox!